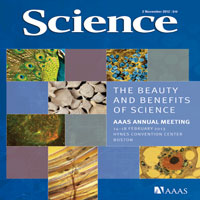 Scarcity creates its own psychology. When we're short on money, time, or other resources, we tend to shift our attention to the most pressing issues where we feel scarce, which often leads to the neglect of other important demands. When we're poor, we focus on food, transportation, and other immediate expenses and we neglect next month's rent payment. When we’re busy, we get engrossed in our pressing to-do list, while ignoring other deadlines. Recent research suggests that this focus might be responsible for a particularly problematic brand of behavior: borrowing too much at high cost.

The findings are published in the November 2 issue of Science, in a paper written by Anuj K. Shah, assistant professor of behavioral science at the University of Chicago's Booth School of Business; Sendhil Mullainathan, professor of economics at Harvard University; and Eldar Shafir, William Stewart Tod Professor of Psychology and Public Affairs at Princeton University's Woodrow Wilson School.

Their work takes a novel approach to understanding why low-income individuals might act against their own financial self-interest: over-borrowing at high interest rates in order to satisfy today's needs, even though this makes meeting future expenses more difficult. Previous research has looked at how broad social circumstances might shape people’s financial behavior. But the present authors consider a simple, yet surprisingly compelling hypothesis. Facing resource scarcity—having too little of something—creates a mindset that focuses on current needs and leads to predictable behaviors, among them borrowing. “This hypothesis is striking,” explains Shah, “because it uses some basic ideas from psychology to understand a complex, practical problem.”

To demonstrate this, the authors conducted five laboratory experiments in which participants were given resources that they could use to earn rewards while playing games. Some participants were randomly assigned to be “poor,” and given fewer resources; others were assigned to be “rich,” and given greater resources. The authors used different measures to show that the poor were more focused than the rich in how they allocated their resources.

This research has far-reaching policy implications. It shows that scarcity leads to choices that people with less scarcity would know to avoid. Understanding that people often choose the most locally convenient response to a pressing demand – like borrowing at exceedingly high interest rates when things are tough – can help shape interventions to discourage that behavior. For example, rather than make available high-interest loans when things get tough, interventions should focus on allowing the poor to save for critical items in advance. “What these studies show,” says Shafir, a member of the president’s council on financial capability, “is that if you take otherwise sophisticated people and put them in conditions of scarcity, they exhibit the same behaviors we see among the poor. That has important implications: it means that as we alleviate immediate scarcity conditions, we would see more optimal behaviors.”