In a key step toward creating a working quantum computer, Princeton researchers have developed a method that may allow the quick and reliable transfer of quantum information throughout a computing device. 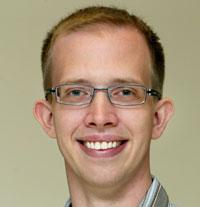 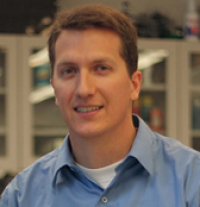 The finding, by a team led by Princeton physicist Jason Petta, could eventually allow engineers to build quantum computers consisting of millions of quantum bits, or qubits. So far, quantum researchers have only been able to manipulate small numbers of qubits, not enough for a practical machine.

"The whole game at this point in quantum computing is trying to build a larger system," said Andrew Houck, an assistant professor of electrical engineering who is part of the research team.

To make the transfer, Petta's team used a stream of microwave photons to analyze a pair of electrons trapped in a tiny cage called a quantum dot. The "spin state" of the electrons – information about how they are spinning - serves as the qubit, a basic unit of information. The microwave stream allows the scientists to read that information.

"We create a cavity with mirrors on both ends – but they don't reflect visible light, they reflect microwave radiation," Petta said. "Then we send microwaves in one end, and we look at the microwaves as they come out the other end. The microwaves are affected by the spin states of the electrons in the cavity, and we can read that change."

In an ordinary sense, the distances involved are very small; the entire apparatus operates over a little more than a centimeter. But on the subatomic scale, they are vast. It is like coordinating the motion of a top spinning on the moon with another on the surface of the earth.

"It's the most amazing thing," said Jake Taylor, a physicist at the National Institute of Standards and Technology and the Joint Quantum Institute at the University of Maryland, who worked on the project with the Princeton team. "You have a single electron almost completely changing the properties of an inch-long electrical system." 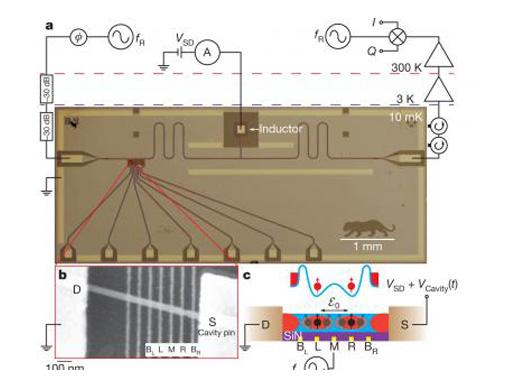 For years, teams of scientists have pursued the idea of using quantum mechanics to build a new machine that would revolutionize computing. The goal is not build a faster or more powerful computer, but to build one that approaches problems in a completely different fashion.

Standard computers store information as classical "bits", which can take on a value of either 0 or 1. These bits allow programmers to create the complex instructions that are the basis for modern computing power. Since Alan Turing took the first steps toward creating a computer at Princeton in 1936, engineers have created vastly more powerful and complex machines, but this basic binary system has remained unchanged.

The power of a quantum computer comes from the strange rules of quantum mechanics, which describe the universe of subatomic particles. Quantum mechanics says that an electron can spin in one direction, representing a 1, or in another direction, a 0. But it can also be in something called "superposition" representing all states between 1 and 0. If scientists and engineers can build a working machine that takes advantage of this, they would open up entirely new fields of computing.

Mathematicians are still working on possible uses for a quantum system, but the machines could allow them to accomplish tasks such as factoring currently unfactorable numbers, breaking codes or predicting the behavior of molecules.

One challenge facing scientists is that the spins of electrons, or any other quantum particles, are incredibly delicate. Any outside influences, whether a wisp of magnetism or glimpse of light, destabilizes the electrons' spins and introduces errors.

Over the years, scientists have developed techniques to observe spin states without disturbing them. (This year's Nobel Prize in physics honored two scientists who first demonstrated the direct observation of quantum particles.) But analyzing small numbers of spins is not enough; millions will be required to make a real quantum processor.

To approach the problem, Petta's team combined techniques from two branches of science: from materials science, they used a structure called a quantum dot to hold and analyze electrons' spins; and from optics, they adopted a microwave channel to transfer the spin information from the dot.

To make the quantum dots, the team isolated a pair of electrons on a small section of material called a "semiconductor nanowire." Basically, that means a wire that is so thin that it can hold electrons like soda bubbles in a straw. They then created small "cages" along the wire. The cages are set up so that electrons will settle into a particular cage depending on their energy level.

This is how the team reads the spin state: electrons of similar spin will repel, while those of different spins will attract. So the team manipulates the electrons to a certain energy level and then reads their position. If they are in the same cage, they are spinning differently; if they are in different cages, the spins are the same.

The second step is to place this quantum dot inside the microwave channel. This allows the team to transfer the information about the pair's spin state – the qubit.

Petta said the next step is to increase the reliability of the setup for a single electron pair. After that, the team plans to add more quantum dots to create more qubits. Team members are cautiously optimistic. There appear to be no insurmountable problems at this point but, as with any system, increasing complexity could lead to unforeseen difficulties.

"The methods we are using here are scalable, and we would like to use them in a larger system," Petta said. "But to make use of the scaling, it needs to work a little better. The first step is to make better mirrors for the microwave cavity."