Celebrating Lyman Spitzer, the father of PPPL and the Hubble Space Telescope 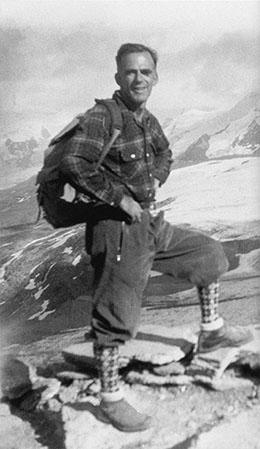 Princeton astrophysicist Lyman Spitzer Jr. (1914-1997) was among the 20th Century’s most visionary scientists. His major influences range from founding the Princeton Plasma Physics Laboratory (PPPL) and its quest for fusion energy, to inspiring the development of the Hubble Space Telescope and its images of the far corners of the universe.

To honor Spitzer’s achievements, some 60 scientists from around the world gathered at Princeton University Oct. 18-20 for a 100th birthday celebration of the pioneering physicist. The event, sponsored by the Princeton Department of Astrophysical Sciences and hosted by Princeton astrophysicist and department chair David Spergel, ranged from personal reminiscences of Spitzer the man to discussions of the latest developments in the fields of fusion, astrophysics and laboratory plasma science that he heavily influenced.

Spitzer was daring in both science and life. An avid skier and mountain climber, he once scaled a Gothic-style tower on the University campus. He was known for his discipline and unfailing politeness. “He was a very, very nice person, very reserved, very directed and very brilliant,” recalled Russell Kulsrud, an emeritus Princeton professor and retired PPPL physicist who joined Spitzer’s fusion project in 1954 after it began life as “Project Matterhorn” in 1951.

Spitzer displayed his prescience early on. As a young member of the Yale University faculty, he published a seminal paper in 1946 that called for putting a telescope into space to reveal far clearer images of distant objects than ground-based telescopes could create. This was more than a decade before the first orbiting satellite.

A year later, at age 33, Spitzer became chairman of the Astrophysical Sciences Department at Princeton, from which he had earned his doctorate degree. Working with fellow astrophysicist Martin Schwarzschild, Spitzer led a dramatic expansion of Princeton's role as a center of astronomical research. He also initiated study of the “interstellar medium,” the gas and dust from which new stars are formed, and thereby laid the foundation for another scientific field.

During a now-legendary ski trip to Aspen, Colorado, in March, 1951, Spitzer conceived of a project to create fusion power. Having read that an Argentine scientist had made striking progress toward achieving fusion energy — a report that proved unfounded — Spitzer envisioned a process for confining hot, charged plasma gas inside magnetic fields in a figure-eight shaped device that came to be called a “stellarator.”

Spitzer launched his project a few months later in a former rabbit hutch. The government classified the site since it also housed a nuclear weapons program that Princeton physicist John Wheeler led. Spitzer’s section was code-named “Matterhorn S” and Wheeler’s “Matterhorn B.” Washington declassified the site in 1958 after the weapons program ended, and Project Matterhorn became PPPL in 1961.

Those early years posed numerous challenges for Spitzer and his crew. One came from physicist Edward Teller, the father of the hydrogen bomb, who warned during a meeting in the Princeton Gun Club near the rabbit hutch that Spitzer’s stellarator couldn’t confine plasma within the machine’s magnetic field lines. Attempting to do so, said Teller, would be like trying to hold together a blob of jelly with rubber bands.

Pondering this challenge, Spitzer reconfigured the magnets to better control the plasma. His solution called for twisting the coils that produced the magnetic field lines into a helical rather than a circular form. He had earlier considered a huge experimental device that would have measured 500 feet around. “Lyman always had a very large vision about what you could do,” said Kulsrud, who worked on the team that helped Spitzer redesign the magnetic confinement.

In 1961 Spitzer handed the directorship of PPPL to physicist Melvin Gottlieb, under whom the Laboratory began in 1969 to focus on a donut-shaped magnetic device called a tokamak —  now the world’s most widely used type of experimental fusion facility. Spitzer continued to oversee scientific research at PPPL until 1966, when he turned away from fusion to concentrate on the design for an orbiting observatory to study ultraviolet light. This design became the basis for the National Aeronautics and Space Administration’s (NASA) Copernicus satellite.

All the while Spitzer served as the driving force for the development of a large space telescope. He tirelessly worked on the idea and advocated it to members of Congress and the scientific community throughout the 1960s and 1970s.

His work bore fruit in 1990 when NASA launched the Hubble telescope. It continues to orbit some 350 miles above the Earth and to transmit stunningly clear photos of celestial objects as near as the planets in our solar system and as far as the earliest galaxies in the cosmos.

NASA paid special tribute to Spitzer in 2003 when it launched what it called the Spitzer Space Telescope on a mission to orbit the sun. This observatory became the first to directly spot light from planets outside the solar system — a fitting discovery for a telescope named in honor of a far-sighted scientist who opened new frontiers.