"Coca-Cola" Model for Delivering Malaria Meds is a Success, Should be Continued, Say Public Health Experts 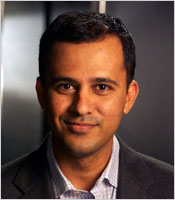 A controversial program that uses the private market to provide affordable malaria treatments to people in Africa has dramatically increased access to care and should be continued, according to a policy article by scholars including Ramanan Laxminarayan of Princeton University in the Nov. 2 issue of the journal Science.

The researchers stated that the two-year old pilot program, which is up for renewal this November and enables reduced-price malaria drugs to be sold in shops and market stalls, successfully broadened the availability of effective malaria therapies and reduced the use of less effective treatments that promote drug-resistance.

The private-market approach — sometimes called the Coca-Cola model in reference to the soda's apparent ability to reach remote areas of the world — aims to deliver drugs in regions where the majority of people obtain medicines from shops rather than from district hospitals or clinics.

"This experiment demonstrates that we can use private distribution mechanisms to make treatments available in rural areas," said Laxminarayan, a research scholar in the Princeton Environmental Institute, lecturer in economics at Princeton University and director of the Center for Disease Dynamics, Economics and Policy in Washington, D.C.

Laxminarayan co-authored the Science article with Kenneth Arrow, professor of economics at Stanford University and a 1972 Nobel laureate in economics; Dean Jamison, professor of global health at the University of Washington in Seattle; and Barry Bloom, Harvard University Distinguished Service Professor at the Harvard School of Public Health.

The researchers found that the program, known as the Affordable Medicines Facility - malaria (AMFm), enhanced access to the most effective malaria medicine, known as artemisinin combination therapy (ACT), while reducing purchases of less-effective drugs, such as artemisinin alone, which has been shown to promote artemisinin-resistance.

ACT prices were lowered by a range of US $1 to US $5 per dose in the five countries that substantially implemented the program, according to results published in the Oct. 31, 2012 issue of The Lancet. The price-reductions were achieved via negotiations with manufacturers and subsidies from donors. The program operated in seven African countries (Ghana, Kenya, Madagascar, Niger, Nigeria, Tanzania and Uganda) and was organized by the Global Fund to Fight AIDS, Tuberculosis, and Malaria.

Controversial when first proposed (see "Malaria Drugs, the Coca-Cola Way" in Science, Nov. 21, 2008), the private-market approach is a departure from government-run programs that rely on healthcare workers or clinics to distribute free or subsidized malaria drugs. Critics worried that the approach was unproven and that distributors might pocket the subsidies, according to the 2008 article.

The success of Coca-Cola and other goods at making it to rural markets stems from the fact that someone makes money at every step in the distribution chain, Laxminarayan said. Making malaria drugs available at low prices to distributors and retailers enables these distribution chains to carry ACTs to distant marketplaces, he said.

The future of the program is scheduled to be voted on this November by the Board of the Global Fund.

Termination of the program could lead to higher ACT prices, Laxminarayan and his co-authors warned, and to further emergence of drug-resistant malaria. The program has not run for a long enough period to demonstrate improved health incomes, according to the researchers.

The authors recommended expansion of the program to a greater number of malaria-endemic countries. If the program were to be modified, price increases should be gradual rather than sudden to cushion the effect on the consumer. Rapid diagnostic tests for malaria should be used to ensure that only malaria-infected individuals take the drugs. Finally, the researchers argued for a comprehensive approach to treating febrile illnesses, as malaria is just one of several fever-causing illnesses in the region. This patient-centered approach, the researchers wrote, could lead to reduction in wasted treatment resources and better patient outcomes.