Expanding the age of eligibility for measles vaccination from 12 to 15 months could have potentially large effects on coverage in Africa, according to a new report published by Princeton University's Woodrow Wilson School of Public and International Affairs.

If combined with improvements to the vaccination process itself, such a change could help the country inch closer to the national coverage levels required for measles eradication. The findings were published in Epidemiology & Infection.

"The age of routine vaccination is usually set to around 12 months, but if measles is fairly well controlled, then unvaccinated children – especially living in remote regions – tend to be infected at ages later than that," said lead author C. Jessica Metcalf, assistant professor of ecology and evolutionary biology and public affairs. "What we are imagining is simply that if kids turn up who are older than the chosen threshold, they should still be given the opportunity for vaccination. This may be the easiest policy to implement because it doesn't involve infrastructure changes.”

Measles – one of the most contagious diseases in the world – continues to plague impoverished countries, and the World Health Organization (WHO) currently has ambitious measles elimination goals. While the disease is controlled in the United States through frequent MMR vaccinations (measles, mumps and rubella), countries like Africa do not have the same access to care. Despite successes in ramping up vaccinations, significant outbreaks continue to plague Africa, putting millions at risk. 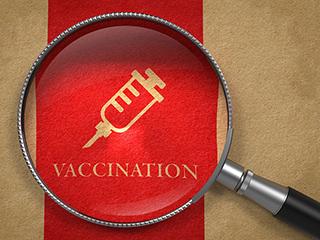 With this in mind, Metcalf and her collaborators – which includes the Wilson School's Bryan Grenfell, professor of ecology and evolutionary biology and public affairs – wanted to determine why there are inequities in terms of measles vaccination coverage across the African continent. They knew geography played a role, but they wanted to better understand the vaccination administration process – a focus of the WHO Decade of Vaccines Collaboration.

Using vaccination data from the Demographic Health Surveys, the researchers collected data on when a child had been vaccinated, the child’s age and geographic location. These children lived across Africa and were between 9 and 59 months old. Some vaccine delivery ages were approximate because of incomplete data. The researchers also compiled estimates of the distance between these children's homes and the nearest urban center. Their goal was to examine how remoteness affects children’s opportunities to receive vaccinations in 26 African countries.

Pulling these two sources together, the researchers built a map linking vaccination coverage with age and geographic isolation. They combined the findings from this with population numbers to determine country-level coverage.

During their analysis, the researchers mathematically explored multiple scenarios: What if rates of coverage improved? What if the lack of coverage due to longer travel times was reduced? Or what if the age range eligible for vaccine administration increased? They quantified what would happen to overall coverage with each of these modifications.

Overall, they found that all of these changes would increase coverage, but the magnitude of their effectiveness would be country specific. Countries in great need of vaccinations would benefit the most if the “rural penalty” was removed, or if the country was simply less remote. But those countries already at 90 percent in terms of measles elimination wouldn't really see a significant increase in those countries if the rural penalty was removed, or if those countries were less remote, since this tended to be small in these locations.

Metcalf explains that to "eliminate" measles, everyone in a population does not need to be vaccinated, but enough have to be vaccinated to achieve what is referred to as herd immunity. The theory is that, even if a person hasn't been vaccinated, he or she is indirectly protected because most people around that person are vaccinated. Therefore, the disease can't be as easily transmitted. Achieving herd immunity is a goal of WHO and other groups like UNICEF. They hope to exceed 90 percent measles vaccination coverage nationally to achieve elimination.

"Upping the age may be the easiest change to make to help reach these elimination goals," said Metcalf. "It's more of an adjustment to the rules. That said, this change alone may not be enough to get us above elimination levels in most areas. Programs are going to have to improve, too."

Metcalf's collaborators on the project include Princeton graduate student Saki Takahashi, Andrew J. Tatem from the University of Southampton in the U.K., Ottar Bjornstad from The Pennsylvania State University, Justin Lessler from the Johns Hopkins Bloomberg School of Public Health, Kathleen O'Reilly from the Imperial College at London, and Felicity Cutts from the London School of Hygiene & Tropical Medicine.

The paper, "Transport networks and inequities in vaccination: remoteness shapes measles vaccine coverage and prospects for elimination across Africa," was first published online Aug. 14. This work is funded by the Royal Society and Oxford University, the Bill and Melinda Gates Foundation, the Science and Technology Directorate of the Department of Homeland Security and the RAPIDD program of the Science & Technology Directorate at the Department of Homeland Security as well as the Fogarty International Center, National Institutes of Health and the Medical Research Council in the U.K.