A new initiative to encourage bold and creative research at Princeton University is poised to bear fruit: The first annual Dean for Research Innovation Funds have been awarded to a group of projects that push the boundaries of research and facilitate collaborations between investigators in the arts and the sciences or engineering.

Collaborations between artists and scientists or engineers

Ancient art and the Higgs boson 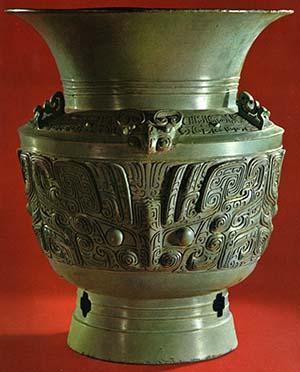 What does the Higgs boson have to do with ancient art? A technique proposed to study the boson — involving elementary particles called muons — can also be used to learn how ancient artifacts were made, according to two Princeton professors, Robert Bagley of art and archaeology and Christopher Tully of physics. The researchers have been awarded $145,000 to explore using muons to probe the manufacture of Chinese Bronze Age vessels and bells.

Muons can travel through walls and already have been used to search for hidden chambers in Egyptian pyramids. The ability to travel through objects could provide art historians a way to see inside the bronze walls of ancient vessels, Bagley said.

"These ancient vessels were elaborately constructed, using multiple casting steps that took a remarkable level of technical ability," he said. "A method for seeing the hidden joined regions between two castings could help us understand how artists came up with their ideas and designs."

To use muons for probing art objects, technological improvements must be made, Tully said. "Today's muon beams lack the intensity we need, either for producing Higgs particles or for evaluating ancient artifacts," he said. "It is analogous to having a flashlight when what we need is a laser."

The funding will go toward developing a muon beam imaging system and the purchase of a high-precision X-ray fluorescence (XRF) spectrometer, which reveals the identity of surface metals and can be used to provide performance benchmarks for the muon beam. The XRF will be available to art researchers on campus. The project also offers opportunities for undergraduates to travel to the Fermi National Accelerator Laboratory near Chicago to test the muon beam.

Regular meetings between students in physics and art history will bring together two disciplines that rarely intersect, said Bagley, who noted, "This is the first opportunity that I have had to work with a physicist on campus."

Tully agreed. "One of the best things about this project is being able to interact with my colleagues on the other side of campus. I like the idea that we might learn something completely unexpected." 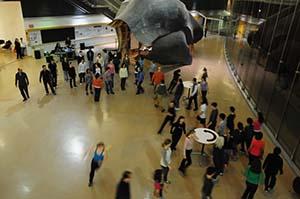 Collective animal motion — from flocking birds to schooling fish — is inspirational to artists and intriguing to scientists and engineers.

A collaborative group of artists and engineers is exploring how these complex flocking motions emerge from individual movements defined by simple rules of response, rather than from a preset choreography or designated leader. The original project, conducted in 2010 and known as Flock Logic, involved dancers that communicated via visual cues. To extend their explorations to include sound and three-dimensional movement, the research team will receive $75,000.

The faculty members involved in the project are Naomi Leonard, the Edwin S. Wilsey Professor of Mechanical and Aerospace Engineering; Susan Marshall, professor of dance in the Lewis Center for the Arts; and Daniel Trueman, professor of music.

"Since seeing the video of the original Flock Logic project, I've wondered how sound, alongside vision, might play a role in the flocking process," Trueman said. "I also am really curious to see what kinds of sonic and musical possibilities emerge."

In addition to artistic questions, the project will enable the exploration of questions about how the collective motion of groups emerges, and is influenced by, the rules of response, the dynamics of social interactions, the distribution of information across the group, the spatial surroundings, the noise in measurements and the uncertainty in decision making. These insights could inform the designs for control of robotic groups. 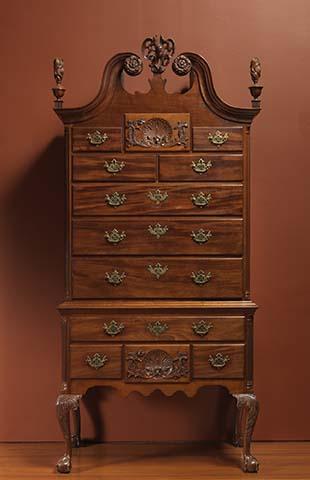 Art is made from materials, and these materials — whether paint, metal, clay, wood or stone — can help broaden our understanding of art in an environmental context.

Researchers will explore the materials used in pieces from Princeton's collection of historical American works. The collaboration will enable art historians to learn more about the environmental and social impacts of art materials, such as whether certain paints were toxic or whether a type of wood was hewn by slave labor.

The environmental questions spring from an emerging interest in reexamining art through an ecological lens and will serve as one aspect of a traveling exhibition planned for 2016-17, "Nature's Nation: American Art and Environment."

"By learning about the materials that went into creating art objects," Kusserow said, "we can begin to address issues of environmental and social justice, as well as other concerns not previously considered in relation to such things."

"Science is often applied to art materials in terms of how to preserve or repair an object," Scherer said. "In this project, we will explore the social and environmental impact of the choice of materials employed."

Steward said the collaboration fits with the museum's initiative to find points of intersection with disciplines across campus. "This new effort challenges us to think about themes of American art in a way that emphasizes physicality and materiality," Steward said. "It represents a new way of thinking about materials as integral to the art and its meaning."