Jacob Shapiro on the threat of ISIS 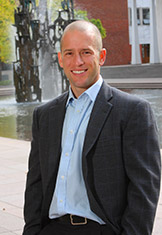 In a speech last week, President Barack Obama announced that the United States would lead a "broad coalition to roll back this terrorist threat" of the Islamic State, known variously by the acronyms ISIS and ISIL, adding that U.S. airstrikes would expand from Iraq into Syria against ISIS.

Question: In his recent speech, President Barack Obama promised to "degrade and destroy" ISIS. How realistic or reasonable is his strategy?

Answer: The "degrade" part is quite realistic. The United States can do so regardless of political conditions on the ground in Iraq and likely in Syria as long as it is not actively opposed (i.e., drones targeted and surveillance disrupted) by Syrian air defenses. The "destroy" is unrealistic in Iraq without significant political concessions by the Baghdad government to its Sunni population and several years of follow-through on those commitments. The Islamic State descended from the Islamic State of Iraq (the ISI), which survived a massive defeat in Iraq in 2007-2009 by essentially going underground and continuing to operate at low levels for many years in the Mosul and Ninewa provinces until the war in Syria opened up new opportunities in 2012. That continued existence was enabled by the failure of Iraqi politicians to reach a durable political bargain that gave all sides a stake in the state. The destroy part is unrealistic in Syria — barring a resolution of the civil war there.

A: The modest threat posed by ISIS does not justify working with a genocidal regime that has violated almost every human rights standard and value we hold dear. Most of the arguments justifying intervention against ISIS on non-humanitarian grounds are not coherent. We often hear, for example, that ISIS must be fought because it has become a focus of training for potential terrorists who might return to conduct attacks on European and American soil. But that example does not stand up to scrutiny. Thousands of foreign fighters poured into Iraq from 2004 to 2009, many of them survived and returned home, yet there was no wave of terrorism conducted by these returnees. Lacking a good explanation of what is different this time, that argument should not be driving policy.

One interpretation of the Syrian strategy has been to deal with the moderate opposition while limiting its attacks on Islamist groups. By doing so, the regime was effectively letting the opposition groups it knew would eventually run afoul of the United States and North Atlantic Treaty Organization (NATO) fester until the United States and NATO became involved. That strategy appears quite prescient at the moment.

Q: What about Turkey? How might they play a role here?

A: Some of the most powerful actions that could be taken against ISIS would involve getting Turkey to crack down on oil and petrochemical smuggling from ISIS-controlled regions, as outlined in a recent article in The New York Times ("Struggling to Starve ISIS of Oil Revenue, U.S. Seeks Assistance From Turkey," Sept. 13).

Q: So, if Obama's plan isn't entirely realistic, what is?

A: Sadly, there are no good policy options in Syria. This is one of those situations where doing little, however terrible the carnage, seems to be the best option. The expansion of ISIS into Iraq was made possible by the failure of Iraqi politics, not by the competence of the group. Had the government in Baghdad treated its Sunni population reasonably, this would not have happened. There is a great deal the United States can do to motivate such treatment, though, ironically, the more support the U.S. government gives to the Iraqi government, the weaker its motivations become to treat the Sunnis well.

Q: Some officials have argued that ISIS has "nowhere near" the strength of al-Qaida in Iraq at the height of war in that country. Do you agree?

A: I am not in a position to judge, though the statement has some face validity. It took 150,000 U.S. troops and their local allies more than two years to roll back al-Qaida in Iraq, from mid-2005 when the group emerged as the dominant anti-Coalition force to early 2009 when its battlefield presence was essentially defeated and it could do little more than mount sporadic — though horrific — terrorist attacks. ISIS has not faced an enemy that can produce anything remotely close to the combat power of the Coalition forces in Iraq, so it's hard to do an apples-to-apples comparison.

Q: You've said before that we shouldn't expect ISIS to be destroyed for a long time. Why?

A: The group has shown that it can take massive losses and survive by going into a more dormant mode of operations. So, even if the group is evicted from the vast majority of the territory it now controls, it will likely linger as a terrorist threat for quite some time.