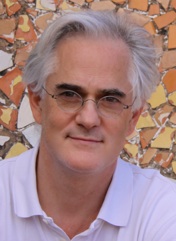 Princeton neuroscientists have been awarded a $4 million grant from the John Templeton Foundation to explore how the human brain enables us to pursue goals and juggle priorities in an environment full of distractions.

The grant will fund brain imaging and other experiments aimed at discovering how the brain exerts "cognitive control" over our thoughts and behavior, keeping us on task and able to achieve long-term goals. Cognitive control is fundamental to higher-level mental activities such as planning, problem-solving and social interaction, according to project leader Jonathan Cohen, the Robert Bendheim and Lynn Bendheim Thoman Professor in Neuroscience and co-director of the Princeton Neuroscience Institute (PNI).

"Our studies will reveal how the brain accomplishes real-world tasks — everything from ignoring distractions when driving to sticking to your diet," said Cohen, whose work centers on developing theories of cognitive control as well as testing those theories using brain imaging. "This understanding may point the way to new interventions for strengthening cognitive control in healthy individuals," Cohen said, "and restoring it where it is impaired, as in neuropsychiatric disorders."

The project will explore how parts of the brain interact to decide what goals are important and how to pursue them. In addition to using Princeton's world-class brain imaging equipment, the researchers will develop computational models of brain function, as well as new brain imaging methods tailored to studying cognitive control.

—How do we exert self-control over impulses, such as resisting the urge to scratch a mosquito bite or the temptation to cheat on a diet? (Led by Cohen and Matthew Botvinick, associate professor of psychology and PNI)

—How does the brain manage and remember goals and competing subgoals? For example, if you need to study for a test, how do you decide how long to spend studying each of the particular topics that may be on the test? (Led by Botvinick and Yael Niv, assistant professor of psychology and PNI)

—What goes into prospective memory and planning? For example, how do we decide when to commit a plan to long-term memory and return to it later, rather than keep it actively in mind? (Led by Kenneth Norman, associate professor of psychology and PNI and Cohen)

—How can we improve on the machine-learning algorithms that take brain scans and decode what people are thinking about at a particular time? (Led by Norman and Cohen)

Support from the foundation will enable researchers to move away from simplified models of human behavior that neuroscientists use because they are relatively easier to study in the laboratory and interpret than the complicated behaviors of real life. "The grant will enable Princeton researchers to design experiments that are much closer to what goes on in the real world," Cohen said.

The John Templeton Foundation, established in 1987, serves as a philanthropic catalyst for discoveries relating to the fundamental questions of human purpose and ultimate reality.