A method for discovering antibiotics, a device for studying developing lungs and a fuel-efficient engine design were three of the innovations displayed at Celebrate Princeton Invention. The annual event, held Thursday, Nov. 13, honors Princeton faculty, staff and students whose research has the potential to improve lives and benefit society. 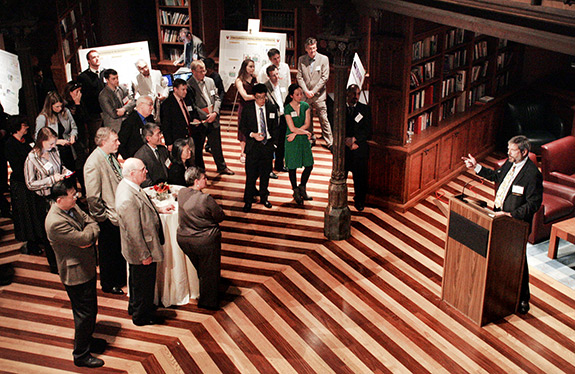 "The creativity and innovation of Princeton researchers is evident in the range of discoveries on display at this year's event," said Pablo Debenedetti, dean for research, the Class of 1950 Professor in Engineering and Applied Science, and a professor of chemical and biological engineering. "These discoveries, which arise from research into basic questions in science and engineering, are ones that could have direct and positive impact on the health and wellbeing of individuals and of our environment."

The event, which was held in Chancellor Green Rotunda, offered the opportunity for researchers to present their innovations to members of the venture capital and business communities, said John Ritter, director of technology licensing at Princeton. "Princeton's strengths in innovation and entrepreneurship enable the University to fulfill its dual missions of education and world-renowned research while also stimulating the economy and providing jobs for the future," Ritter said.

The technologies on display ranged from ones that aim to help researchers discover new drugs to ones with the potential to reduce pollution. A few are highlighted here: 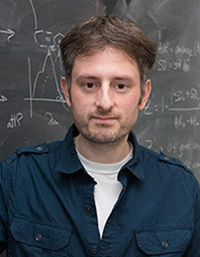 With antibiotic resistance on the rise, strategies are needed to discover new classes of bacteria-fighting drugs. Mohammad Seyedsayamdost, an assistant professor of chemistry, has devised a unique approach for finding entirely new types of antibiotics by coaxing bacteria to start producing them. Many strains of bacteria produce antibiotics to fight off competitors, but they rarely do so unless under threat. Seyedsayamdost's strategy involves waking up "silent" gene clusters that can produce these molecules, then testing the resulting molecules for antibacterial activity. "The method provides a way to activate any gene cluster in almost any bacterium, then collect and isolate the product of that gene cluster and assess its therapeutic utility," said Seyedsayamdost, whose work is funded by the University. "This cannot be achieved by any other method available." 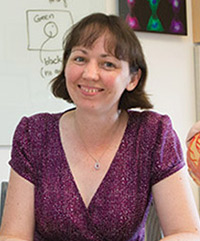 Today's ultrasound technologies can detect fetal lung abnormalities, but clinicians often have no way of correcting these defects, which can cause lifelong respiratory problems and can be fatal. Celeste Nelson, an associate professor of chemical and biological engineering, and her team have developed a device that resembles the chest cavity of a developing fetus. The device enables the researchers to study the physical forces on the lung during development. Combined with molecular and genetic studies, this research could lead to new ways to develop therapeutics for the treatment of fetal lung malformations and another branched organ, the kidney, said Nelson, whose research is supported by the National Heart, Lung and Blood Institute and the Burroughs Welcome Fund. "Once we understand the process, it will be possible to develop treatments to prevent these abnormalities," Nelson said. 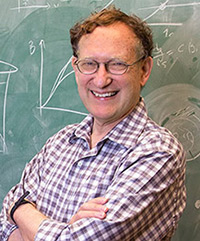 Today's gasoline-powered internal combustion engines are sadly inefficient — only about 25 percent of the fuel's energy is used to move the vehicle forward, with the rest lost as heat. Nathaniel Fisch, a professor of astrophysical sciences, and graduate student Vasily Geyko discovered a phenomenon that could lead to the design of more efficient engines. The team discovered that setting a gas in a spinning motion inside the engine cylinder could improve efficiency because the gas experiences an increased ability to absorb heat without rising in temperature, a factor known as heat capacity. Due to the laws of thermodynamics, a rise in heat capacity increases the compressibility of the gas, which leads to greater transfer of the fuel's chemical energy to motion.

The new design could increase engine efficiency by several percent, a meaningful amount given the performance of today's engines. "This boost in engine efficiency could be especially useful in reducing nitrous oxide emissions when the engine has just been turned on and is running cold," said Fisch, who also is director of Princeton's Program in Plasma Physics. The research was funded by the U.S. Department of Energy and the U.S. Defense Threat Reduction Agency.

A celebration of innovation

Other technologies on display included:

For more on these technologies, visit Celebrate Princeton Invention 2014.

The event also featured a presentation from Universal Display Corporation (UDC), which makes organic light-emitting diode (OLED) technologies for cellphone screens and other displays based on technology invented in the 1990s at Princeton's School of Engineering and Applied Science. Steven Abramson, president and chief executive officer of UDC, recounted the story of the company's formation and its first office, located on Nassau St. in Princeton.

Also present were two student-led companies formed with the support of Princeton's eLab, a 10-week summer program run by the Keller Center, which aims to broaden the goals of engineering education to include entrepreneurship, innovation and design. One of the companies is SpaceTouch, started by graduate students Yingzhe Hu, Aoxiang Tang and Liechao Huang with faculty adviser Naveen Verma, an associate professor of electrical engineering. SpaceTouch aims to commercialize a technology for interacting with computers through hand gestures. The second start-up, SignSchool, is building an online platform for learning American Sign Language. The company was formed by undergraduates Evan Corden, Jack Hudson, Delaney Mackenzie and Colin Lualdi, who is hearing impaired. 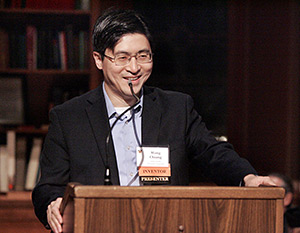 "Entrepreneurship is about initiating transformations, through risk-taking organizational actions using relatively small amounts of resources," said Mung Chiang, the chair of the committee and the Arthur LeGrand Doty Professor of Electrical Engineering, and director of the Keller Center. "This is much broader than just commercializing a particular product or founding 'XYZ.com.' Entrepreneurship the Princeton way is about strengthening and amplifying what this university has always stood for, as the best liberal arts institution and one of the world's best research institutions."