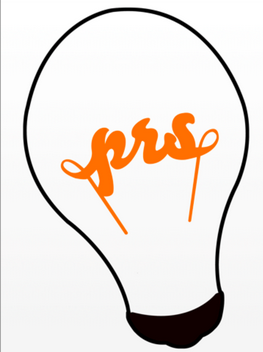 As a Princeton University postdoctoral researcher in molecular biology, Julia Bos enjoys explaining her work on bacteria to friends and family. "My friends come up with questions and ideas that I would never have thought of before," she said.

So Bos jumped at the opportunity to present her latest findings at the Princeton Research Symposium, a daylong conference held Saturday, Nov. 17. The event, now in its seventh year, is devoted to early-career research.

The 24 presentations, each 10 minutes in length and delivered in everyday language rather than technical terms, enlightened and engaged the audience on topics including altruism among bacteria, what Americans think of joblessness during good times and bad, and why climate change will hit harder in urban areas than rural ones.

"The Princeton Research Symposium is a unique opportunity for graduate students and postdoctoral researchers to communicate their passions in research to a broad audience of University students and faculty as well as our neighbors in the community," said William Russel, dean of the Graduate School and Princeton's Arthur W. Marks '19 Professor of Chemical and Biological Engineering.  The event, said Russel, offers "fascinating scholarship extending across the humanities, social and natural sciences, and engineering."

The goal of the event is to build connections across disciplines and foster better understanding about academic research among the wider community, said event organizer Fadi Abdeljawad, a graduate student in the Department of Mechanical and Aerospace Engineering. "As we advance in our careers, we need to be able to communicate what we are doing," he said. "People want to see the impact of our work, much of which is funded by the federal government."

But talking about research in plain language doesn't come easily to every scholar, said Elie Bou-Zeid, an assistant professor of civil and environmental engineering and adviser to graduate student Dan Li, one of the presenters. "Presenting one's research to a broad audience is much more difficult than presenting it in a focused technical session," Bou-Zeid said.

The presenters must find ways to explain complicated subjects without dumbing them down, said Matthew Incantalupo, a graduate student in the politics department who works with adviser Amy Lerman, an assistant professor of politics and public affairs in the Woodrow Wilson School of Public and International Affairs. "Preparing for the symposium forces me to be especially clear in how I discuss my research design and present my findings," he said.

• Li's research, conducted with adviser Bou-Zeid, suggests that heat waves cause higher temperatures in urban areas than in rural areas. Urban areas generally tend to be hotter than rural areas due to an abundance of paved and reflective surfaces — a phenomenon called the "heat island effect." "Given that urban areas are already hotter than rural areas due to the heat island effect," Li said, "city residents face significant health risks and challenges to water and energy sustainability."

• Bos' studies of bacteria indicate that these single-celled organisms have an altruistic side. Her work with adviser Zemer Gitai, an associate professor of molecular biology, and graduate student Anastasiya Yakhnina, revealed that stressed or damaged bacterial cells will sacrifice themselves for the benefit of the bacterial community as a whole. "Our findings suggest that even a single cell can be altruistic," said Bos, "and that programmed death may be a cooperative phenomenon that could be related to the evolution of multicellular organisms."

• Sarah Wasserman, a graduate student in the Department of English, explores the meaning of disappearing objects in literature under advisers Anne Cheng, professor of English and African American studies; Zahid Chaudhary, associate professor of English; and Valerie Smith, dean of the college and Princeton's Woodrow Wilson Professor of Literature and professor of English and African American studies. To explain her research topic, Wasserman offers the 1985 novel "World's Fair" by E.L. Doctorow, which explores the protagonist's nostalgic memories of the 1939 World Fair in New York City. "I am exploring the way that grief and loss are bound up in the desire for preservation," Wasserman said.

The event is made possible by the Graduate School, the School of Engineering and Applied Science, the Office of the Dean for Research, the McGraw Center for Teaching and Learning, the Graduate Student Government, and the Department of Molecular Biology.