Princeton undergraduate research: Coming back from the field

Princeton undergraduates span the globe to conduct research for their senior theses, often delving deeply into their projects the summer before the start of senior year. The Office of Undergraduate Research invited members of the Class of 2015 to share their research experiences of the past summer, from locations such as the Shanghai theater district and the Cascade Range mountains of Washington state. 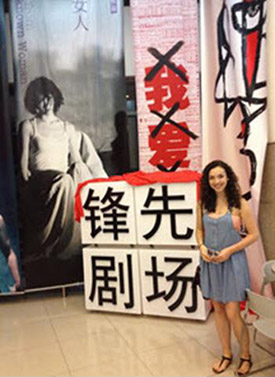 Julia Hammer's combined academic interests took her to theaters in Beijing, Shanghai, Guangzhou and Hong Kong, discovering that a performance starring a pregnant German dictator is a long-running hit with Chinese audiences. She wrote:

"As an East Asian studies major with a certificate in theater, I've always had a hard time reconciling my two primary interests: Chinese culture and contemporary drama. When it came time to choose a thesis topic, I decided to research contemporary Chinese theater, specifically avant-garde and experimental theater. Before I began my independent work, I knew little about what that genre actually consisted of. One of the primary goals for my research trip to China was simply to better understand the world of contemporary Chinese theater, so that I may narrow down my thesis topic and focus on one particular trend

"The research I conducted on my trip had two main components. First, I had meetings with Chinese directors, playwrights and producers to discuss their opinions about contemporary theater and trends they observed. A few directors even let me attend their rehearsals! Second, I also attended theater performances almost every night of my three-week trip. While my focus was on avant-garde theatre, I tried to see a wide variety of shows to get a better idea of China's current theatrical landscape. I saw everything from traditional 'yueju' operas to one-woman shows that involved live rock music and cooking a full meal onstage!

"Overall, the trip was a great success. I've now identified several topics that I may choose to pursue in my thesis, which range from the discussion of sexuality in contemporary theater to the relationship between playwrights and government censors. I've also established great connections with several playwrights and directors in China, all of whom are excited to help me as I continue my research. And finally, I've had some truly memorable experiences, such as sitting in a rehearsal room with a director and actors who I had seen perform in a commercial venue just the previous evening. As they debated the material they were working on and bounced ideas off one another, I was able to understand why exactly the topic I've chosen is so important to me. Their enthusiasm and passion for theater, and for exposing Chinese audiences to avant-garde work, was infectious. After spending time with these incredible artists, I'm definitely ready to dive further into my thesis research and explore the world of avant-garde Chinese theater on an even deeper level." 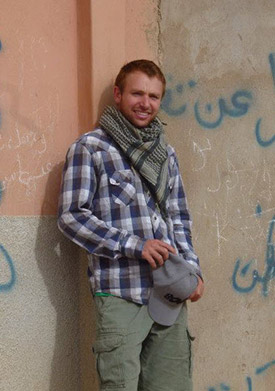 Mason Herson-Hord is a Near Eastern studies major, a field which exposes him to one of the most challenging and dynamic arenas of the modern political and military world. Despite his early departure from Israel and the West Bank due to events this summer, his first-person experiences deeply informed his thesis topic. He wrote:

"This summer, I did my research on how communities under military occupation maintain social cohesion despite occupation's socially disintegrating effects, and how those strategies of resilience blend into various modes of resistance. My approach was comparative and sociological-ethnographic.

"In the West Bank, I was able to move freely and safely and associate with people in public more or less at will. I spent much of my time roaming and observing, speaking with children in the camps or shopkeepers or taxi drivers. I also set up formal interviews and networked and did volunteer work with some organizations helping me with my research. I met with community organizers, protesters, nonviolent veterans from the first Intifada, and single mothers running women's support groups.

"My host family lived in Bethlehem, which is where I was primarily located. While I had to cross checkpoints on occasion, I had little direct interaction with the occupation beyond the separation wall, which casts both a literal and figurative shadow over northwest Bethlehem. Much of the wall cutting through Bethlehem is also covered in magnificent murals and graffiti.

"The entire summer was across the board an amazing experience. Although being required by the University to leave the West Bank early due to security concerns was a serious blow to my project, I was able to gather a significant amount of material. For me, the most impactful parts of my research trip were meeting some of the bravest and hope-filled 'samadiin' ("those who are steadfast") one could ask for, and seeing police states in action, if only with a limited glimpse. My learning experience wasn't just an informational one, where facts are acquired; it was also an inspirational one, where I learned basic lessons about courage, uncompromising commitment to justice and peace, and cultivation of inner strength from that instructor of lived example."

Emily Whitaker, a music major with a certificate in theater, stayed closer to home, yet still found herself in unfamiliar territory as she composed her thesis on a piano in Chicago. She wrote: 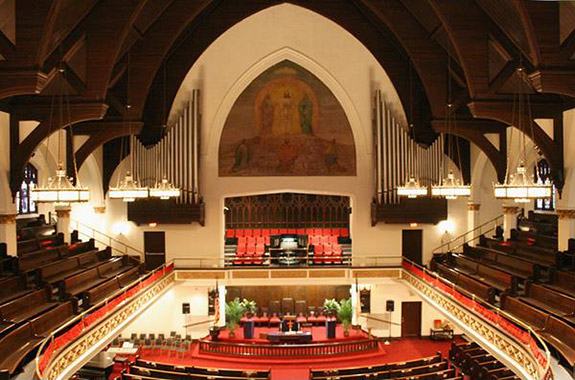 "I would go to Harlem on Sundays, and would attend historically black church services to look at how music was integrated into the service and how people participated in it. On weekdays, I would alternate between analyzing gospel recordings, reading books about gospel music, and researching interactive theater. When I was in Chicago, I also started to write music that emulated black gospel, and did a lot of research and brainstorming about how to incorporate all of my findings into a musical. That brainstorming actually led me to decide on the ultimate structure of my thesis, and even write what could be some of the music. This was one of the most important steps I took this summer, and it felt awesome to start writing what could possibly go into the final piece.

"One of my biggest struggles was how to turn all of my academic research into something ultimately creative. Doing academic research was extremely helpful, but eventually I'll have to put down the books and write a musical. My adviser helped me realize that I should seek answers not only through research, but also from my own creative impulse. Trusting my gut and my own opinion was so important because when you're trying to do something completely new, no one can tell you whether what you're doing is right or wrong. There's really just your own instinct, and the hope that it'll turn out OK. That was a scary realization, but it really got me to trust myself and get the process rolling; by merging the answers I found through research and my own instincts, I know I'm on track to write something great.

Geologic exploration in the North Cascades

Geosciences major Yuem Park remained in North America, but on the other side of the country, and a mile or more above sea level. He wrote:

"When tectonic plates collide and continents are formed, there is an extremely complex movement of rocks that is far from fully understood. In the North Cascades, Washington (a major orogenic belt that developed as much of the northwestern United States was being created) a major rock unit was exhumed from ~35km depth to the surface very rapidly (in geological terms). This movement is poorly understood and remains difficult to explain. Our research aims to understand this phenomenon by studying an important fault zone that had a role in juxtaposing this deep unit against rocks that formed in the shallow crust. We do this by mapping the bedrock of the area in high detail and collecting key samples to analyze in the lab. 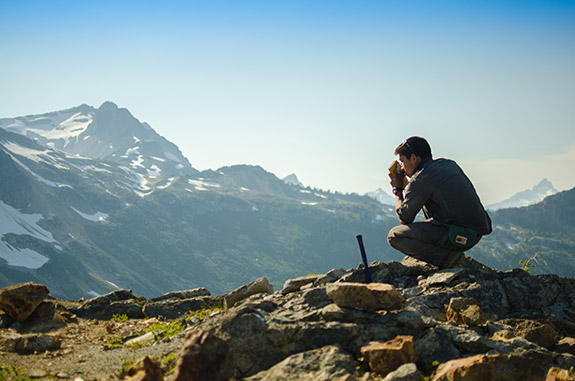 "Our days involved hiking off trail to rock outcrops, typically on the tops of mountains and ridges, and studying/measuring them using our brains, a sledge hammer, hand lens, compass and map. We camped wherever possible, purifying water from snowmelt. Most of our challenges were in the physical nature of our field site — the terrain is often rugged, steep and/or thickly vegetated, making some key areas inaccessible. However, with some innovative thinking, determination and persistence, we were still able to make exciting observations.

"Although lab analyses still need to be performed, we have the samples and field observations necessary to constrain the timing and style of deformation along this fault zone, and better understand its role in exhuming rocks from the middle crust. At the end of the day, it is immensely invigorating to combine the intellectual activity of conducting research with the physical rigors of tough hikes in these stunningly beautiful mountains."